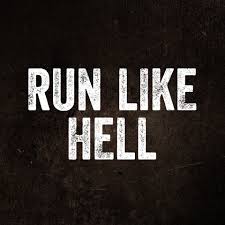 Inspiration:  Today in west Michigan, students aren’t the only ones home for a SNOW DAY!  My employer announced the office was closed due to a Winter Storm Warning with heavy snowfall and drifting.  And later this week, forecasts call for the coldest temps and wind chills since 1994. I have some extra time to catch up on my last few posts for January 2019 (Wednesday Poll, A Look Back, and another Endurance Ride Playlist / Profile)!

Over the past few weeks I’ve been search for and collecting some favorite tracks, starting with Pink Floyd’s Run Like Hell and The Killers Run For Cover…and many others with a RUNNING theme (currently about 32 tracks and 2 hours of classic to current music).

This playlist is less than half the full collection for a 45 minute class.  It’s ideally suited for all the RUNNERS out there who need a little cross-training in the Cycle Studio this winter.  Along the way, I got reacquainted with some great classic rock tracks by CCR, Tom Petty, Bon Jovi, and Sweet, along with other tracks by American Authors, Adam Lambert, and Twenty One Pilots…all worth checking out, but Run Through Jungle, Runaway Baby, Run Like Hell, We Come Running and Runnin’ are highlights in this mix.

Thanks for checking in…ENJOY THE RIDE!

Sprints on the way home – Run For Cover / The Killers

Cool down and Stretch – The Run And Go / Twenty One Pilots

Too often or too hard may hurt you 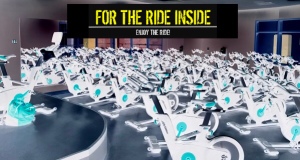